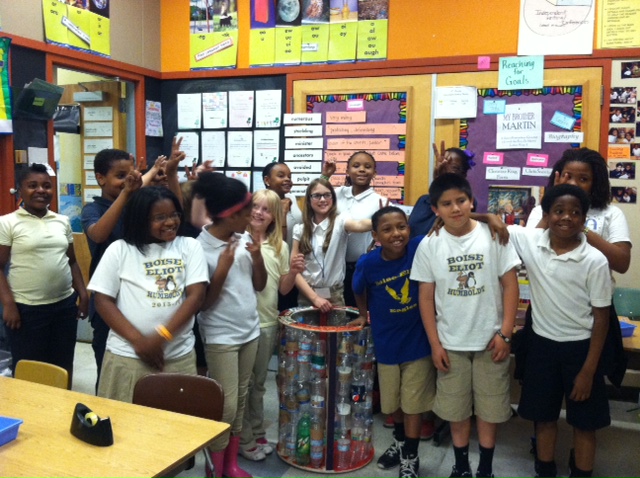 A critical thinking tool for developing ecological literacy throughout the curriculum compares cultures and their relationship to the natural world.

n this era of relentless consumption of non-renewable resources, there is a tremendous need for the teaching of ecological concepts, in as many ways and places as possible. Society is at risk from these future consumers and decision makers who have little direct experience with the natural world and who often lack opportunities to make direct connections between their studies and their impact on ecosystems. Without creating accurate yet gloomy scenarios on the state of planetary health that often engender a feeling of hopelessness and powerlessness in the individual, it is possible to provide information that helps fill in the missing pieces. Hopefully, those little pieces can help build a larger picture that looks at the interrelationships between man and planetary systems.

In formal educational settings, ecology and ecological literacy, if taught at all, are generally the domain of the science teacher. In such places, there is a need to provide more opportunities for kids to be exposed to what was once common knowledge of the living world. Infusion of small pieces is a valuable approach when one considers that the process of becoming ecologically literate is much more than a unit in science class. Ecological literacy is a way of seeing the world and the interactions between people and the living systems as interconnected. It comes from developing a body of basic knowledge from first hand experience and from reflection upon useful information gained through exposure to varied media.

There is the risk of offering small, disconnected pieces, yet in fact such an approach provides the opportunity to scatter many small seeds of connectedness into the still open mind of the adolescent. By planting seeds, the kids are being given information that hopefully they will find useful in the future as they look deeper at the world around them.
The Human/Natural Systems Interactions matrix below was most recently used as a wrap-up exercise after reading two books in class, The Giver, a tale of a future time in a society devoid of memory by Lois Lowry and Two Old Women by Velma Wallis, which is a tale of survival of two elderly Aleut women, abandoned by their band in a time of starvation during a hard winter. For the student, the focus of the exercise is to make a comparison between the future society as found in The Giver , the indigenous culture in Two Old Women and the life they live as typical North Americans. The matrix also lends itself to a comparison between a historic time period, the present and the future time and also can be used to compare what is known about different cultures and their world views.

The matrix exercise evolved from two complementary musings. In The Co-Evolution Quarterly in a 1981-82 article on bio-regionalism and watersheds, the editors asked:

1. What soil series are you standing on?
2. When was the last time a fire burned your area?
3. Name five native edible plants in your region and their seasons of availability.
4. From what direction do winter storms generally come in your region?
5. Where does your garbage go?
6. How long is the growing season where you live?
7. Name five grasses in your area. Are any of them native?
8. Name five resident and five migratory birds in your area.
9. What species have become extinct in your area?
10. What are the major plant associations in your region?

When first exposed to those questions, I was intrigued, But, after answering the questions to my own satisfaction, I forgot about them until I saw them again in the David Orr’s book Ecological Literacy.

At the time I was reading Ecological Literacy, my daughter’s 7th grade social studies teacher used “Cultural Universals” for the class study of ancient civilizations. Cultural Universals is an outline format to help students look at the commonalities underlying cultures, in the areas such as art, religion, trade, and government. The Cultural Universals outline helps students recognize that while we may look different and speak different languages and call our gods different names, there are common activities to all cultures. With this frame of reference, attempts at understanding humanity throughout the ages can become more than a recitation of facts.

Furthermore, outlining cultural universals is a great way to practice going from the general to the specific as the skills of outlining are developed.

The Human-Natural Systems Interaction matrix evolved as an extension of the Co-Evolution questions and the Cultural Universals outline. As a matrix it can be used to look at how human nature has both changed and stayed the same for many generations.
The matrix is a critical thinking tool to help students develop a frame of reference for making comparisons between cultures. It also helps students delve deeper into the author’s message, rather than simply asking them to prepare a rehash of the storyline and a list the characters. The matrix provides the opportunity to reflect upon what we know of the natural world and our relationship to that world.

When this article was published, Barbara Jackson was an 8th grade teacher at Anacortes Middle School in Anacortes, Washington.